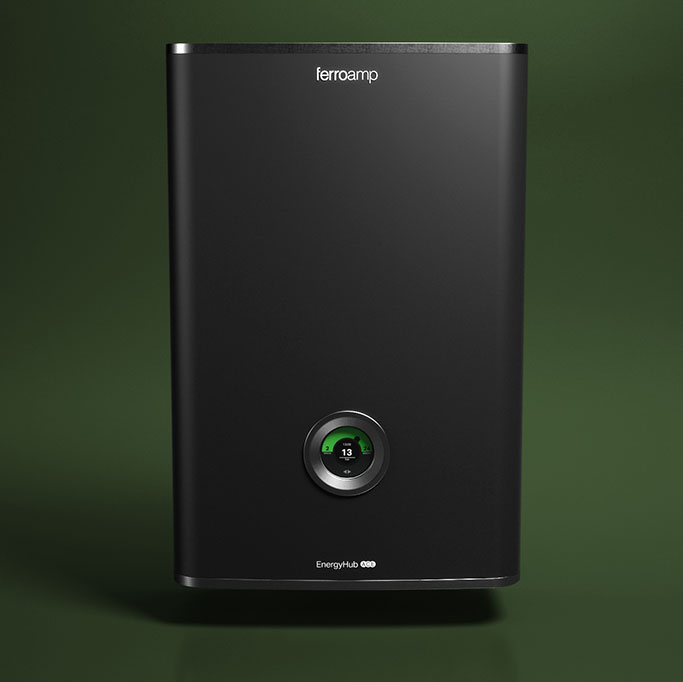 The EnergyHub adapts capacity as required, even if your system needs to be adapted over time with more solar electricity, more batteries or one of the new functions we develop. An EnergyHub system makes you future-proof. The system connects all solar cells and batteries in a DC grid and adapt the conversion capacity to meet your needs with one or more EnergyHub modules. This allows you to adapt the system to suit a house, an apartment block, agricultural premises, commercial properties or industrial premises.

ACE – Adaptive Current Equalisation, enables more efficient utilisation of a property’s grid connection. EnergyHub transfers energy between phase transmission lines to increase the space between the capacity of the main fuse and loads in the building. This extra capacity can either be used to reduce the size of your main fuse or to increase the electrical load, for example, by installing more efficient and faster chargers for electric vehicles.

PowerShare makes it possible to share energy and power resources between several properties via a local DC grid. Sharing the “best sunroofs” allows you to increase your own use of energy produced, distribute the benefits of an energy storage solution between several buildings and gain control over power consumption in the connected buildings.